This sample demonstrates the computation and visualization of curvature tensors on 3D surfaces. Given a mesh surface, the sample estimates the eigenvectors and eigenvalues of the curvature tensor at each point p, using principal component analysis (PCA) of the covariance matrix of the point positions in a neighborhood of p. The sample also demonstrates how to find the neighbors of a point within a given radius. Eigenvalues are next visualized by color-coding. Eigenvectors are visualized by vector glyphs.

Try the sample on the provided PLY meshes! Notice how

Next, vary the size of the neighborhood, and notice how surface details at various scales are filtered out. 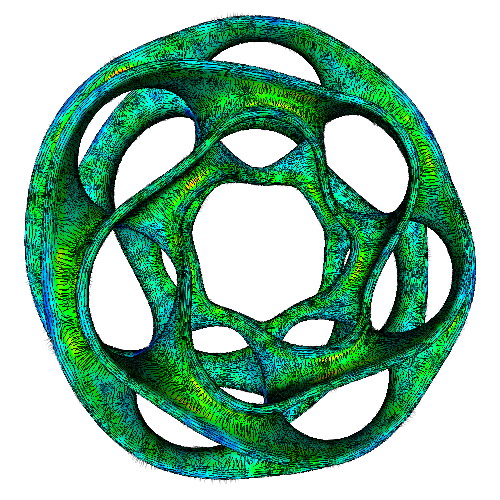 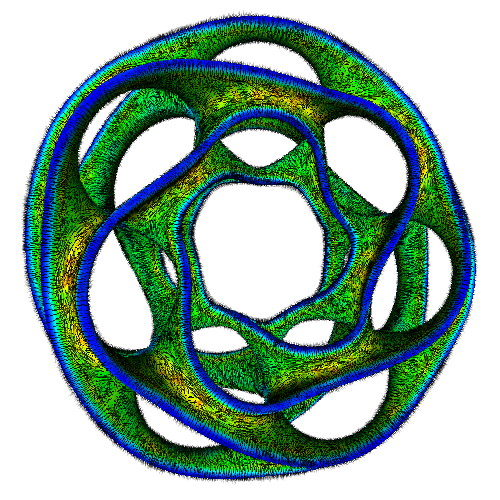 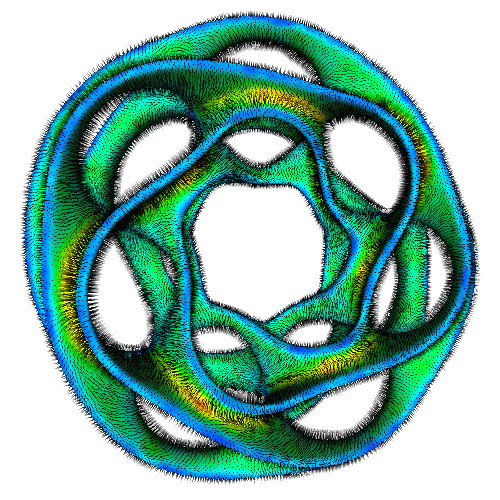 This sample demonstrates the computation and visualization of surface classifier metrics. Such metrics characterize points of a 3D surface in terms of their being part of flat areas or highly curved areas (such as edges or corners). Classifiers are estimated based on the PCA analysis of the surface curvature tensor estimated in the previous sample. The following classifiers are demonstrated:

Try the sample on the provided PLY meshes! Notice how

This sample also demonstrates how to select surface neighborhoods on a 3D surface, defined by a given centerpoint and radius, in a more robust way than using the 3D point-searching shown in the previous sample. 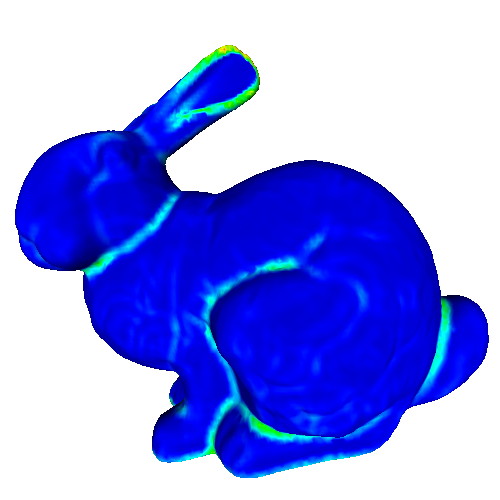 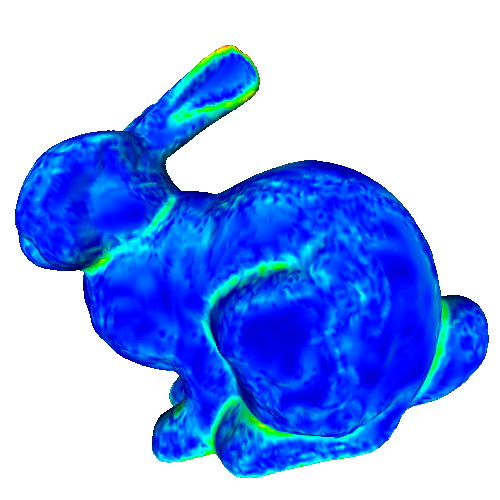 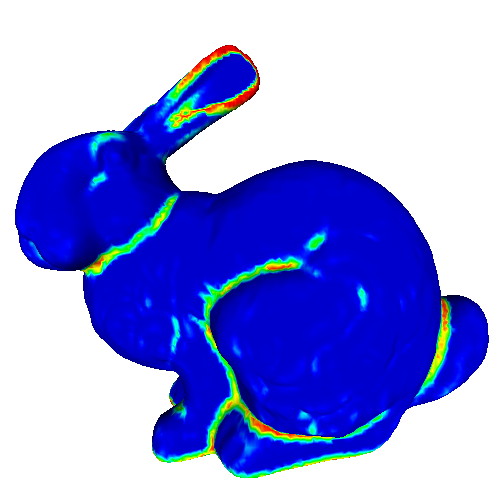 This sample demonstrates how to implement a 3D tensor dataset. The sample is based on the Volume dataset representation described in Chapter 10. It provides the basic infrastructure required for

Note: Since the sample is quite large, we provide it as a 5-piece multipart ZIP archive. To unzip this, rename the first four parts to filename.z01..filename.z04 and the fifth part to filename.zip. After that, you can use any unzip utilities on filename.zip.

This sample can be easily combined with the isosurface code (Chapter 5) and the voxel-surface rendering code (Chapter 10), to render specific tensor components. The three images above illustrate this. All images extract the confidence component of a 3D DT-MRI (diffusion-weighted MRI) tensor field, using the command

Next, we visualize this field as follows:

This sample demonstrates the processing and visualization of 3D DTI (diffusion-weighted MRI) tensor fields by a number of techniques: 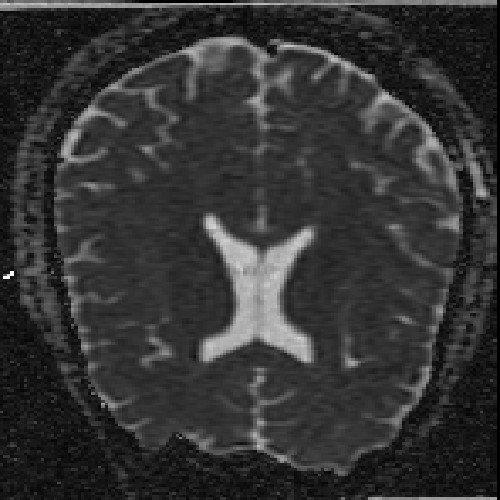 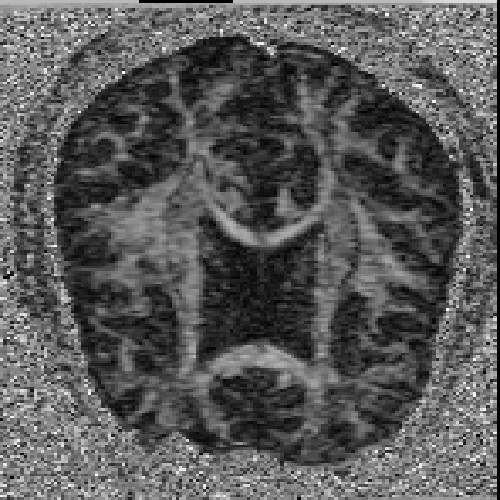 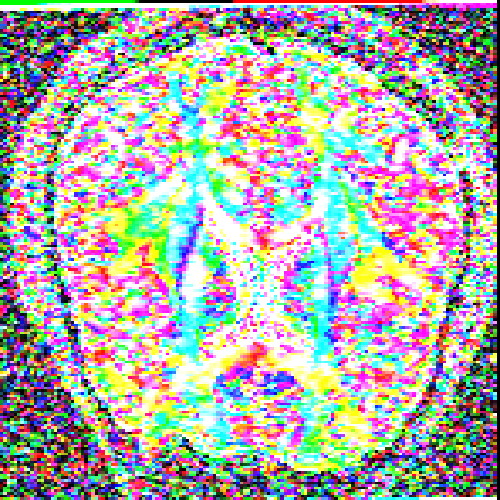 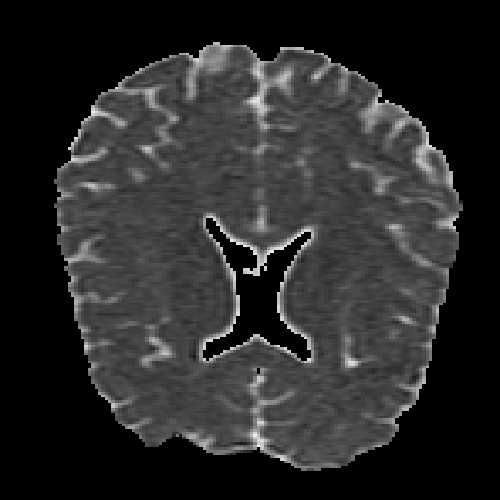 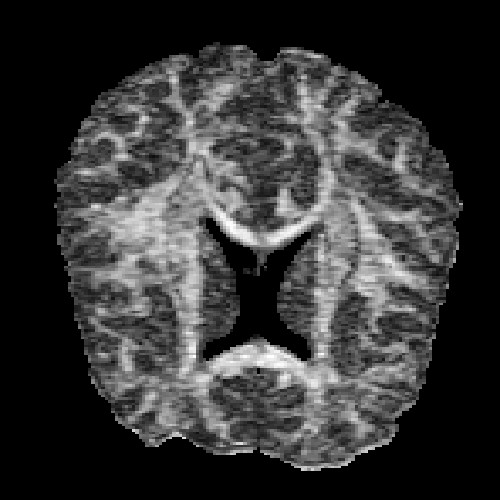 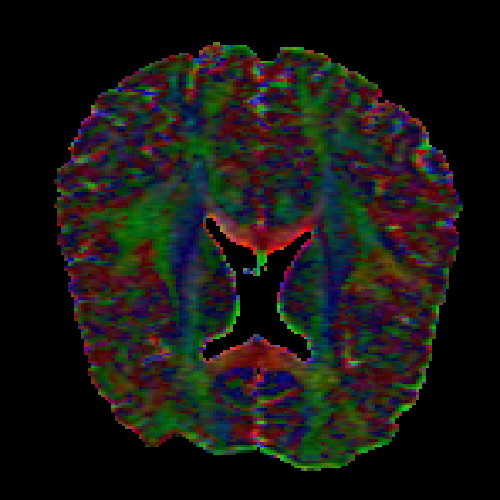 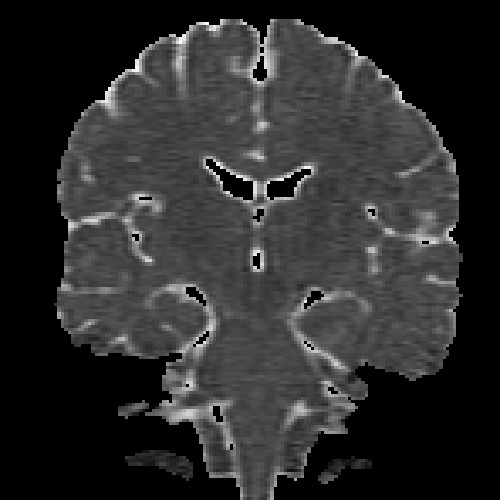 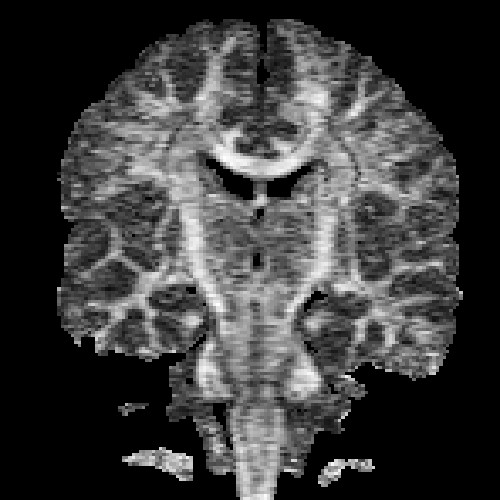 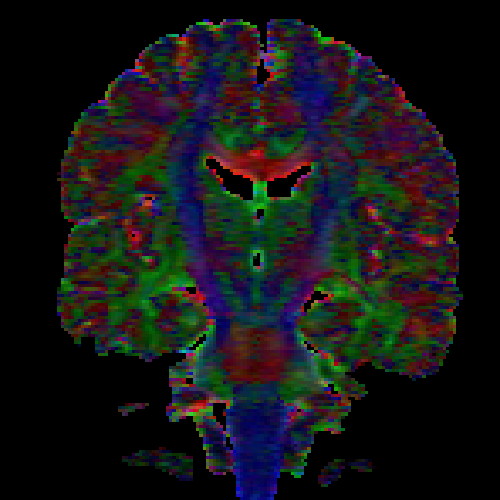 The images above (columns, from left to right) show the mean diffusivity, linear anisotropy, and color-coded direction of the major eigenvector of the DTI dataset provided in the previous code sample. The three image rows show:

This sample demonstrates the visualization of a 3D DTI field using tensor glyphs. The sample

scaled with the tensor's respective eigenvalues

Additionally, a half-transparent isosurface of the tensor confidence field is displayed around the tensor glyphs to offer additional orientation cues. 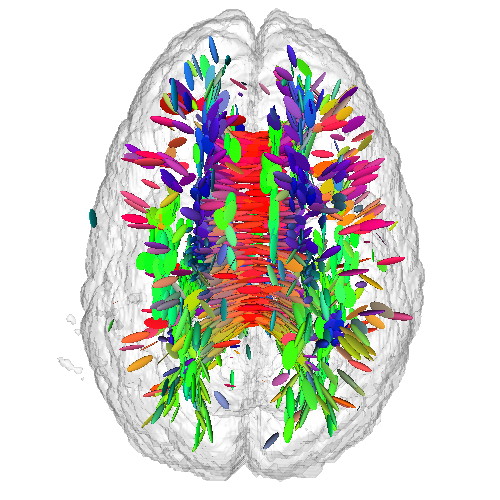 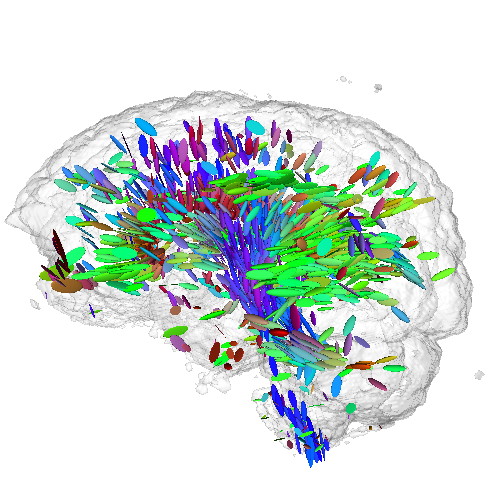 This sample demonstrates the visualization of a 3D DTI field using streamlines of its major eigenvector field. The sample

Streamlines are seeded in regions of high confidence and anisotropy, to maximize their relevance. Additionally, a half-transparent isosurface of the tensor confidence field is displayed around the streamlines to offer additional orientation cues. 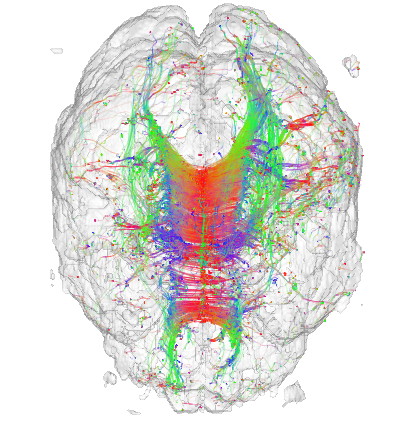 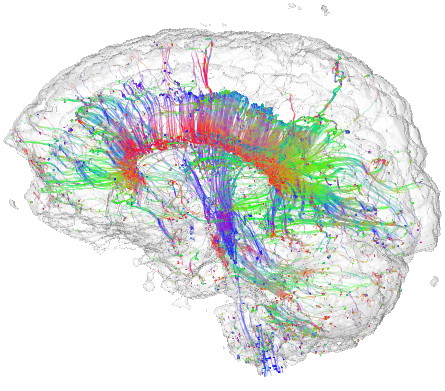 For those interested in experimenting with a wider range of more complex methods for tensor field processing and visualization, Teem is a good solution. Teem is an open-source framework (libraries and command-line tools) that offers methods for the 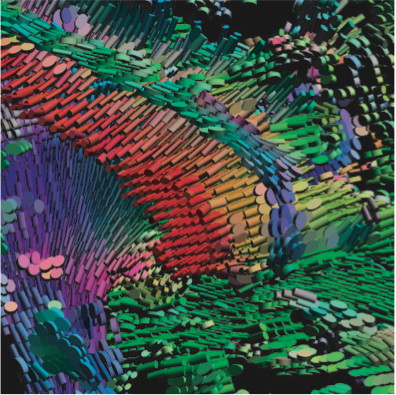