Many dermoscopic images show configurations where the areas of interest (e.g., lesions) are partially occluded by hairs. While such occluders may not be critical for human investigation, they pose major challenges for automatic image analysis method such as segmentation and/or classification.

While several DHR methods exist, they are typically challenged by complex morphologies, such as dense, variable-color, curled hair overlaid atop of high-contrast skin textures. A robust DHR method able to detect and remove a wide range of occluding hair morphologies from all pigmented skin lesions is still needed.

We have developed a new DHR method based on the key observation that hairs are best detected at all luminance levels in an image rather than a single level. Following this observation, our method works as follows (see also the figure below): We have compared our method on over 300 dermoscopy images, acquired with several imaging modalities and from several sources. We compared our results with five recent DHR methods [Lee et al., 1997; Huang et al., 2013; Xie et al., 2009; Fiorese et al., 2010; Abbas et al., 2011]. The results show that our method is able to detect and remove more hair structures than all other methods. 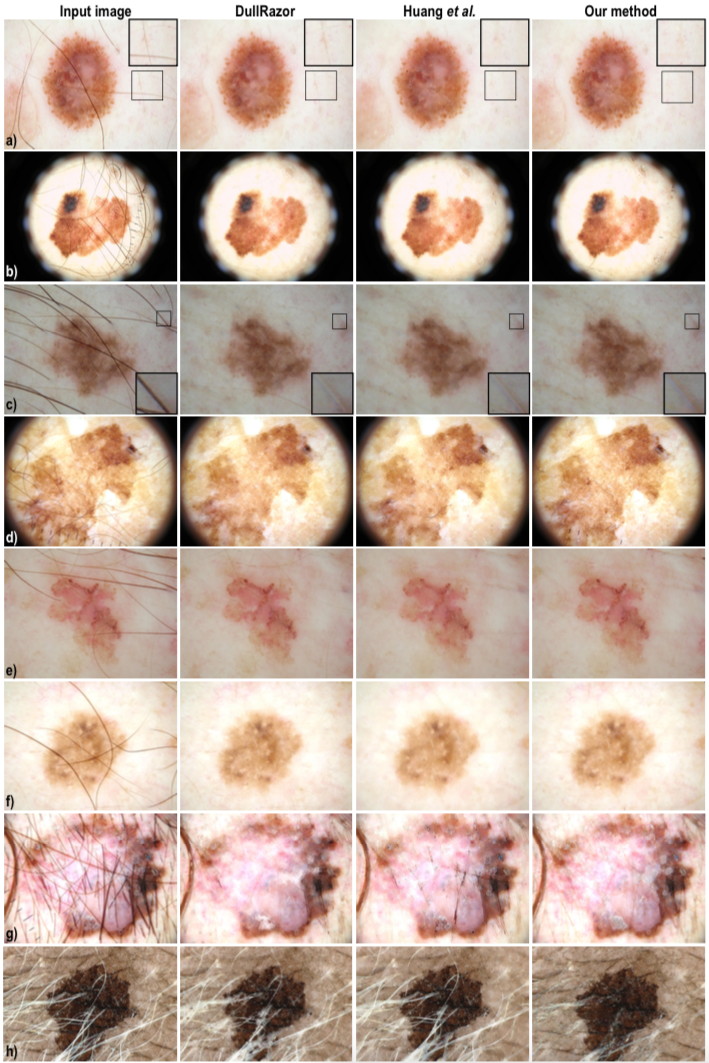 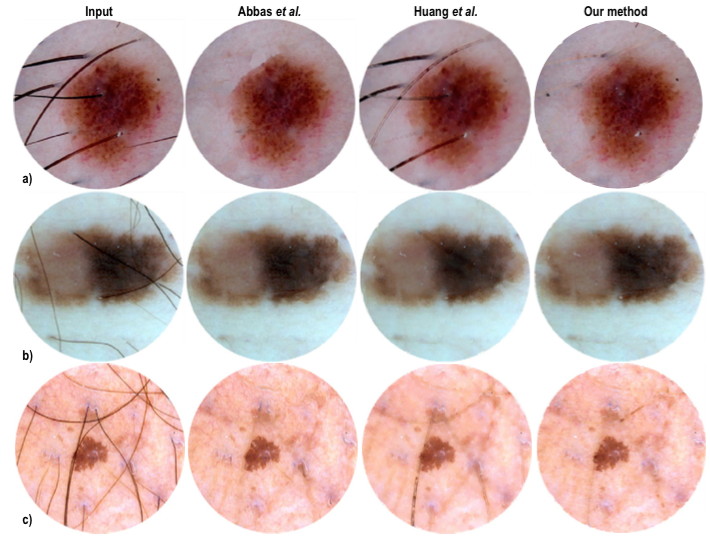 The figure below compares our method with VirtualShave [Fiorese et al., 2011] 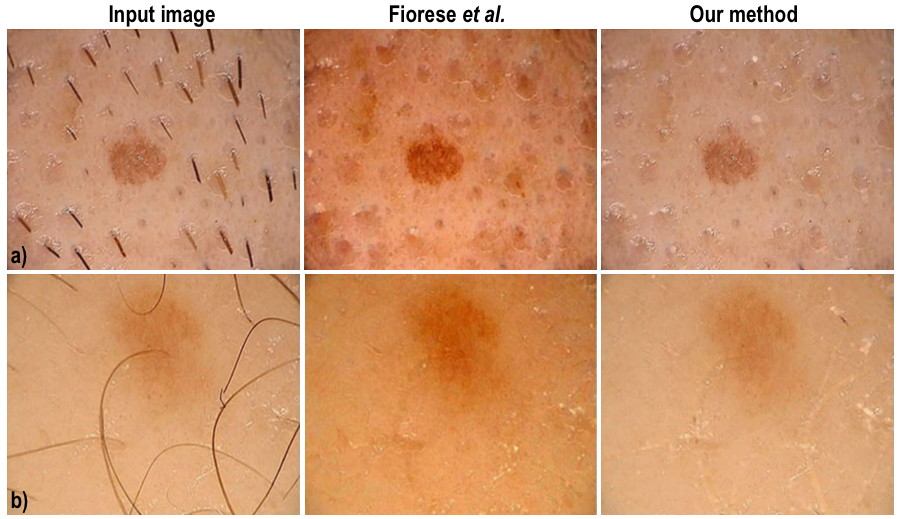 Our entire method is implemented in C++ using Nvidia CUDA for the GPU computation of skeletons, distance transforms, and erosions and dilations. For this, we use our GPU skeleton computation platform described here. All in all, our method runs fully automatically and at speeds comparable with, or lower than, the DHR methods tested against, on a modern laptop computer.

Our comparison of the proposed DHR method with five recent DHR methods on over 300 images represents, to our knowledge, the most extensive study of DHR methods available in the literature up to date. 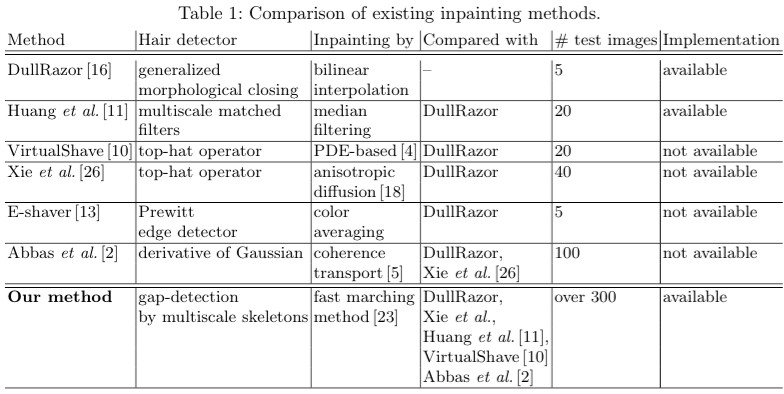 The implementation of our DHR method (written in C++, requiring Nvidia CUDA and a compatible GPU) is available here