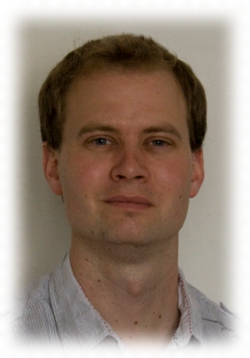 David is a postdoc researcher in the GPSME project, which is developing a general toolkit for “GPUtilisation” in SME applications. The idea is to make the power of GPU hardware more easily accessible to developers by automatically translating C/C++ code into OpenCL or CUDA. This is done using compiler directives similar in principle to OpenMP.

Prior to this, David worked as a graphics programmer in the games industry where he contributed to a number of titles for PC and consoles. He was particularly involved with making virtual environments more realistic with advanced lighting and shadowing algorithms.

David received his PhD in 2007 for research into Virtual Endoscopy. He also spent a short period of time doing similar work in the medical visualisation industry.